The route, often dismissed as the gooey epicenter of Teutonic kitsch, is worth reconsidering. Twisting approximately pastoral miles north of Frankfurt, mostly through the back roads of Hesse and Lower Saxony, before petering out in Bremen, it reveals one of the most underrated pockets of a German dreamscape. And there is no better time to go: is the bicentennial of volume one of Jacob and Wilhelm Grimm's Children's and Household Tales, the collection that includes Cinderella, Hansel and Gretel, The Pied Piper of Hameln, Snow White, and Rapunzel and which launched the Grimms' lifework as aggregators of fables.

The route follows both the trail of the brothers' evolving careers and the tales themselves. If the villages and castles some now converted, timed to the bicentennial, into chic schloss hotels look twee enough to inspire fairy tales—the pitch made by every European pit stop boasting a thatched cottage or two—this time, at least, you know the claim is justified. That adds its own kind of gravitas.

The winding backdrop for so many of our earliest shared stories and nightmares is an example of that thing travelers always hunt for: the place as bona fide muse. So I set out, on a cloudless mid-July day, nerves steady. Behind me was Frankfurt, the shiny, largely rebuilt city, as anodyne and familiar as a strip mall, and ahead was the same scary trip all lost boys and girls make—and the proof you shouldn't leave home—into the bramble, the forest, the strange place.

At least I was seasoned enough to know that every journey features its own bogeyman or two, even if it's just the stranger in the window seat next to you unwrapping a really big sub sandwich.

My first stop, in Steinau, was an apt start to the route, because it began with the storytellers themselves. Fittingly, Steinau is picture-book ready; it's mostly a one-street town framed by half-timbered houses that leave you wondering how any of the region's forests are still standing.

While the brothers were born just south, in Hanau Jacob in , Wilhelm in , this is the town where they moved as young boys and that they would remember most lovingly. It's easy to see why. Fortunately, the museum isn't a study in gloom. True, downstairs there is the restored kitchen with an open oven big enough to spit-roast some kids, but otherwise the house is a cabinet of curiosities that reads like an homage to the brothers' coming success. There is a gallery of foreign translations of the tales, a contemporary David Hockney edition, and a collection of storybook toys that includes a Little Red Riding Hood doll kitted out like a goth vamp in scarlet miniskirt.

After the poorhouse, the brothers surfaced an hour north in Kassel, where they lived for almost thirty years, working partly as court librarians. That's true of a lot of Fairy-Tale Road addresses, which tend to forgo street numbers for the lyrical "schloss under the oak tree" approach, which approximates a treasure hunt.

Inside the Brauhaus I discovered a lumberyard of beams—ceiling beams, wall beams, beams apparently supporting nothing but other beams—and maybe the only men's room on the planet featuring framed fairy-tale illustrations hanging above the urinal. The menu, like most along the route, is a traditional roll-call of all the schnitzels, Wiener to apple, and brats clearly I could have stayed home in the Midwest plus some flourishes. There are beer-infused offerings start with beer goulash, end with beer tiramisu , and you can special-order a Cinderella meal that includes a baked potato carved into the shape of a slipper.

Serving mugs of beer in the family pub, she grew up listening to the fables of tradesmen, soldiers, and peasants, which she later brought to the brothers. This occasionally made for rawer versions of stories like Cinderella, which is fairly genteel in the Gallic, Perrault rendition but takes a macabre turn in the German telling. Forget dainty French girls. The Grimms' stepsisters, who slice off a toe and a chunk of heel to squeeze into their bloodbath of a slipper, are the kind of muscular Hessians who get the job done with the can-do spirit that can plant a field fast.

They're still standing at Cinderella's wedding—stoically hemorrhaging, like the world's worst bridesmaids, even after pigeons pluck out their eyes. I knew about Dorothea, the collection's peasant figurehead. But when I sat down with Grimm scholar Bernhard Lauer, back in Kassel after lunch, he revealed a corkscrew twist to the story. Erase the image of the brothers hacking through primordial forests, knocking on cottage doors, and chasing after every village crone.

It was a loose sisterhood of women who collected the vast majority of the tales, led by the Grimms' upper-class friends and relatives—more Virginia Woolf than Mother Goose—who were steeped in local lore and fancier French and Italian folktales. By most counts the brothers themselves contributed only two stories, though the puny haul doesn't diminish their pioneering concept or the fact that this was much more than child's play. For Germans, especially at a time when France threatened to overtake European culture, the emphasis on a return to national roots and traditions—to the beauty of the past, and to stories full of castles, princesses, symbolism, and repetition—is essentially Romantic.

But you don't need to immerse yourself in the Grimm archives to locate the flavor of the tales. It's everywhere in the region, and even my hotel that night told its own kind of romantic story.

The Schloss Waldeck makes the case for a new class of cleanly refurbished castle hotels that avoid the old-school approach think tinny armor, musty rooms, lots of bad family portraits documenting the downside of inbreeding which has given the Fairy-Tale Road's accommodations a bad name. The reception hall I walked into, footsteps echoing, was all dramatic high limestone arches; my streamlined room, glossy with locally sourced woods, featured floor-to-ceiling windows that looked out over a Brueghel-worthy landscape of lake, forest, and meadow.

Even the castle torture chamber, which could reek of touristy showmanship, offered a history lesson. The racks and the witches' pit, topped by a grim muzzle of steel, were familiar. More sinister were the heavy stones etched with grimacing faces, which were hung by a chain around the neck of the condemned, sometimes until the neck snapped, or the revolving cage in the town square so the village idiots could spin the convicted until they passed out cold. Set aside four days to take a cultural and kitschy journey down this road.

We map out the best places to stay and dine. The place was so perfect, despite the sad dungeon, that I stayed at Waldeck for a few days.


I was looking for the settings of the stories themselves. In the southeastern Schwalm region of the road, you can still see village girls dressed, for folk festivals, in a variation on Little Red Riding Hood's red cap. But too many of the other landmarks and villages posing as storybook backdrops can claim only very loose, and occasionally bogus, associations. In a way, though, it didn't matter. The fairy tales, I would start to see, really encode strands of history, saints' lives, legends, and pagan myths, half remembered and twigged together like the nests Disney's singing birds are always building.

What you mostly find, in the road's towns and villages, is subtle echoes of the stories that resonate in haunting ways. In Marburg, for instance—a typically ethereal Hessian town cascading in tiers down a hillside, where the brothers studied at the local university—there is a less rosy version of Sleeping Beauty.

She is Saint Elisabeth, a thirteenth-century Hungarian princess who married King Ludwig IV of Thuringia, donated her wealth to the poor, and wound up living in a pigsty before dying of exhaustion at the age of twenty-four. There aren't any specific fairy-tale landmarks here, but in a way that's for the best; you can impose whatever tale you want.

On the day I arrived, when I was growing jaded from an overload of quaint, the sun was out and the town, sitting beside the Fulda River, looked like one big pop-up picture book. A visual feast, a rush of storytelling was inscribed on the half-timbered houses and ornately gabled Weser Renaissance buildings in a riot of statues, door plaques, allegorical figures, and bas-reliefs. 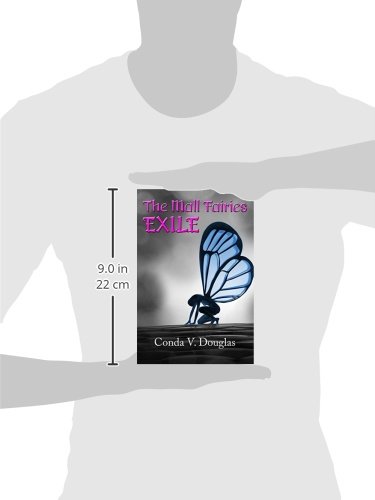 And everywhere on the buckling, stooped town houses were painted pinwheels and sunrises, palmettos, garlands, hexagrams, and pentagrams, as if the town were fortifying itself against any passing curse. Hansel and Gretel and their abandoned fairy-tale siblings, the feral orphans and dethroned princesses—all sick, exiled, and ravenous enough to eat a house—are partly a collective memory.

Crop failure, the Great Famine, and the Black Death reduced Germany's population by about forty percent in the fourteenth century. The curse seemed to haunt all of Lower Saxony, and in the end it was Hameln, an hour and a half north, that I was itchy to get to, because it brought me back to my first shaky encounter with the Brothers Grimm and their Pied Piper.

The city, an odd mix of elaborate Weser Renaissance gabling and some bad sixties bunker architecture, felt slightly harsh and gritty. The official Pied Piper who greeted me—a man named Brian Boyer, working as a tourist board guide—was wearing yellow curly-toed shoes, a multicolored tunic and tights, and a feathered cap. Following him through Hameln, we met with lots of eye-rolling, but enthusiastic Asian tour groups made up for the disdain with their Sure Shot cameras. VickiS Guppy Posts. Anybody have any idea how to get the 3 fairy achievements?

I'm stuck, those are the only ones I need. Thanks in advance. CiChDa Dogfish 1, Posts. Re:Fairy achievements? What are these? NanaPinheiro Jellyfish 18 Posts. That is the most difficult achievement I ever saw. I became suspicious about the drawing of a fairy in the extras menu. So based on the description of what each fairy likes I started to click every part of the scene.